Dr. Lyra Brunet, a world-renowned cardiologist with a client list that boasts the most complex cases, doesn’t brag and push her status on anyone. For her, it’s not about the money, the prestige, or the awards. It’s about helping others.
If she’s not working, she’s volunteering, teaching, or spending as much time with her mother. It’s always just been the two of them, and she hopes to keep it that way because relationships, in her experience, are too complicated.
Her hospital is abuzz when Hollywood royalty Araceli Rush is brought in by her son Dante, a former model and actor turned real estate tycoon. A classic example of why Lyra thinks relationships are a terrible idea.
Dante is distraught and outright rude and condescending to Lyra initially. But he chose the wrong woman to speak down to. Lyra isn’t afraid to put him in his place and stand up for herself and her staff.
After Dante gets over his initial shock, he finds himself drawn to Lyra in ways he’s never been attracted to anyone before. She’s not only brilliant and beautiful but also tough as nails, and he likes that about her. When his mother turns for the worse, Dante blurts out a promise he can’t keep without Lyra’s help.
Will he convince Lyra to help him fulfill his promise and marry the womanizing, condescending handsome playboy? Or will she be why his mother’s heart breaks again? 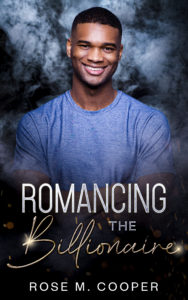