She’s the only one who can thaw his ice.

New bunny slope graduate Tamara Decker didn’t mean to cause an accident on the slopes, but the man she toppled doesn’t seem to care that it was just that, an accident. He’s given her quite the tongue lashing all the way down to the lodge where they’re both staying until she’s taken just about all she’s inclined to. And when her ire is up, it’s hot as blazes.

Roderick Miles didn’t get to the Olympics making nice with people who got in his way. But those people usually backed down after one of his glares. Not Tamara Decker. She’s glaring right back at him, and he finds her fire as appealing as her form. He regrets getting on her bad side as much as he regrets the apology chocolates she returned to his room. Maybe he has been a bit too surly the last few years after his fiancé left him. But he’s vowing to be a better man, one that isn’t giving up until the feisty snow bunny says yes to dinner…and maybe more. 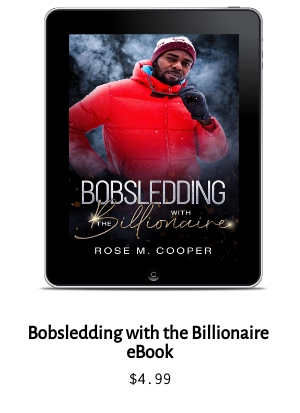